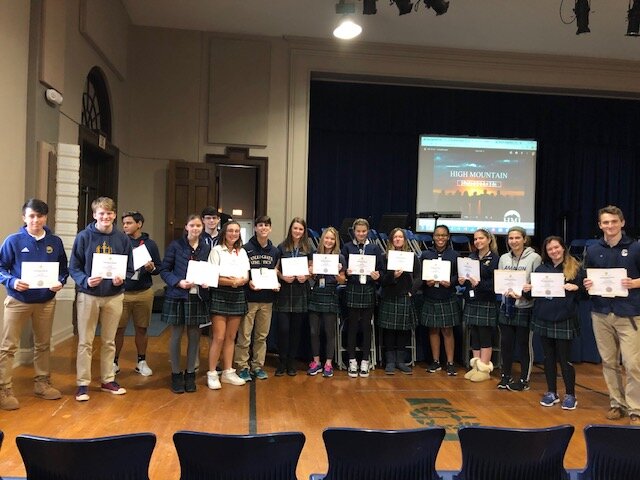 presented to students across the nation at the American Council on the Teaching of Foreign Languages (ACTFL) annual convention in New Orleans.

“This is an important step in recognizing students for their proficiency in both English and a second language, with consistent standards and global accessibility,” said David Bong, CEO of Avant Assessment and sponsor of the Global Seal. “The Global Seal is an honor that sets these students apart and acts as a language passport.”

We are so excited about this first round of award recipients, “ added Linda Egnatz, Global Seal of Biliteracy Executive Director. “The Global Seal is giving students a way to show their accomplishments in language learning and show colleges and future employers their levels of fluency.”

2018 Global Seal Of Biliteracy Award recipients are language learners of nine languages (Arabic, Chinese, English, French, German, Japanese, Latin, Spanish and Vietnamese) from schools in Florida, Kentucky and Washington State. Seals were given at both of the Global Seal of Biliteracy award levels: Functional Fluency for those who have sufficient skills for frequent, common workplace interactions and Working Fluency for those with enough skills to handle problem-solving and unexpected workplace situations.

Students from Louisville Collegiate School, Seattle Public Schools and the Community School of Naples received Global Seal of Biliteracy awards. “At CSN, we believe that, as our world has become smaller and more interconnected, being a global citizen and developing the skills of communicating, relating, problem-solving and adapting has become even more important,” said Headmaster Dr. David Watson.